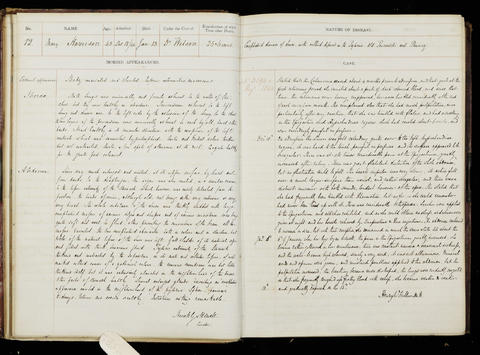 Admitted under the care of: Wilson, James Arthur
Medical examination performed by: Hewett, Prescott Gardner
Post mortem examination performed by: Fuller, Henry William
Medical notes: 'Stated that the catamenia [menstruation] ceased about 4 months prior to admission, and that just at the first returning period she vomited about a pint of dark-coloured blood, and since that time, the catamenia having re-appeared, her nose has bled considerably at the end of each successive month’
Body parts examined in the post mortem: Thorax, abdomen