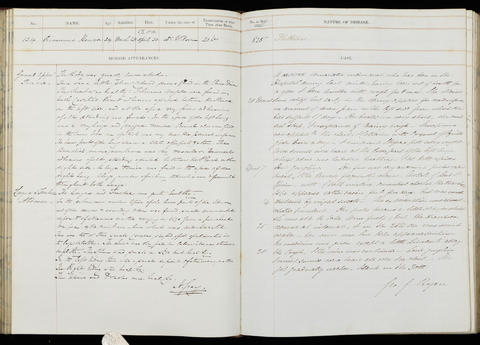 Occupation or role: [No occupation stated]
Age: 24
Gender: Female
Date of admission: 28 Mar 1855
Date of death: 30 April 1855
Disease (transcribed): Phthisis
Disease (standardised): Tuberculosis (Lung)
Admitted under the care of: Wilson, James Arthur
Medical examination performed by: Rogers, George Goddard
Post mortem examination performed by: Gray, Henry
Medical notes: This woman had been in the Hospital during the last winter, having been out of health for a year and troubled with a cough for eight months. She obtained some relief but was readmitted on account of a severe pain in the left side.
Body parts examined in the post mortem: Thorax, larynx and trachea, and abdomen
Type of incident: n/a