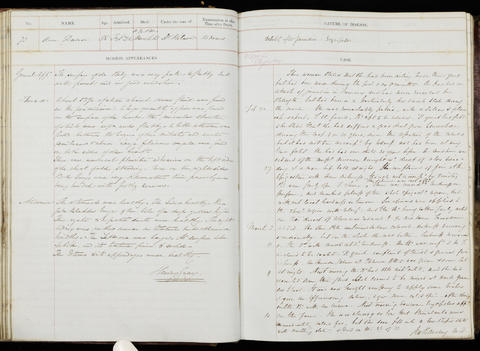 Occupation or role: [No occupation stated]
Gender: Female
Age: 58
Date of admission: 22 Feb 1854
Date of death: 13 Mar 1854
Disease (transcribed): Debilis after jaundice. Erysipelas
Disease (standardised): Jaundice (Skin); Erysipelas (Skin)
Admitting doctor: Wilson, James Arthur
Surgeon: Gray, Henry
Physician: Barclay, Andrew Whyte
Medical notes: 'This woman stated that she had been ailing for over three years, but had been worse during the past 6 or 8 months. She had had an attack of jaundice in summer and had never recovered her strength, but had been in a particularly low & weak state during the winter’
Body parts examined in the post mortem: Thorax, abdomen