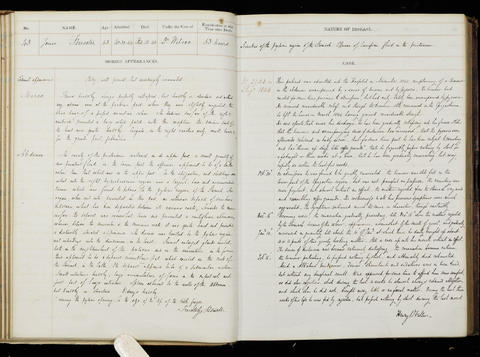 Admitted under the care of: Wilson, James Arthur
Medical examination performed by: Hewett, Prescott Gardner
Post mortem examination performed by: Fuller, Henry William
Medical notes: 'This patient was admitted into the hospital in November 1843, complaining of a tumour in the abdomen accompanied by a sense of tension and by pyrosis. The tumour had existed for some time previous to admission’
Body parts examined in the post mortem: Thorax, abdomen