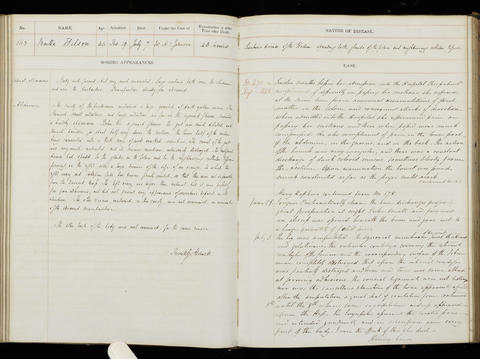 Admitted under the care of: Johnson, Henry Charles
Medical examination performed by: Hewett, Prescott Gardner
Post mortem examination performed by: Lee, Henry
Medical notes: 'Twelve months before her admission into the hospital this patient complained of difficulty in passing her motions. She suffered at the same time from occasional accumulations of faecal matter in the colon, and consequent attacks of diarrhoea’
Body parts examined in the post mortem: Abdomen (‘the other viscera […] were not examined on account of the advanced decomposition’