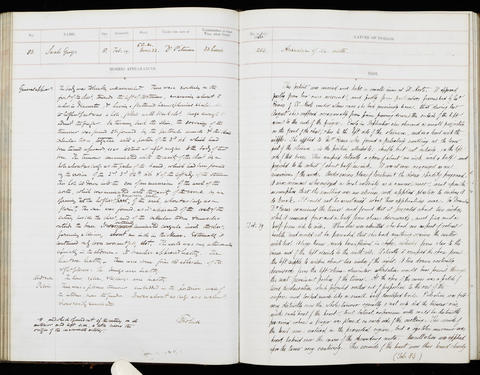 Occupation or role: [Occupation not stated]
Age: 51
Gender: Female
Date of admission: 29 Feb 1860
Date of death: 23 Mar 1860
Disease (transcribed): Aneurism of the aorta
Disease (standardised): Aneurysm (Aorta)
Admitted under the care of: Pitman, Henry
Medical examination performed by: Dickinson, William Howship
Post mortem examination performed by: Holmes, Timothy
Medical notes: 'This patient was married and kept a small inn at St Neots. It appeared partly from her own account, and partly from particulats furnished by Dr Evans of St Neots, under whose care she had previously been, that during last August she suffered occasionally from pain passing down the outside of the left arm to the ends of the fingers’
Body parts examined in the post mortem: Abdomen, pelvis