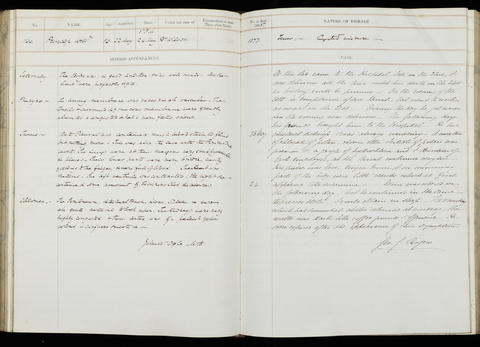 Occupation or role: [No occupation stated]
Age: 16
Gender: Male
Date of admission: 22 May 1855
Date of death: 24 May 1855
Disease (transcribed): Fever. Congested viscerae
Disease (standardised): Fever (Systemic); Congestion (Systemic)
Admitted under the care of: Wilson, James Arthur
Medical examination performed by: Rogers, George Goddard
Post mortem examination performed by: Ogle, John William
Medical notes: On the evening of the 20th the patient had complained of sore throat but went to work as usual on the 21st. During the day he got worse and in the evening he was delirious. The following day his friends brought him to the Hospital.
Body parts examined in the post mortem: Pharynx, thorax and abdomen
Type of incident: n/a