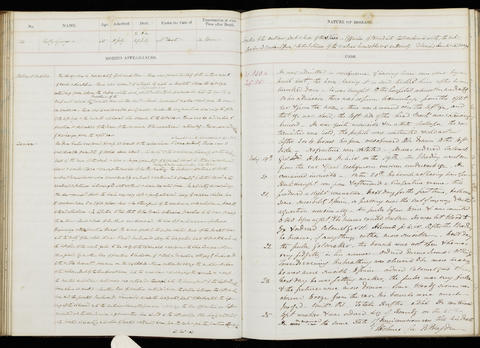 Admitted under the care of: Keate, Robert
Medical examination performed by: Holmes, Timothy and Blagden, Robert
Post mortem examination performed by: Ogle, John William
Medical notes: 'He was admitted in consequence of having been run over by a mail-cart, the horse having it is said kicked him after he was knocked down. He was brought to the hospital almost immediately. On his admission there was copious haemorrhage from the right ear & from the nose. There was a wound over the left eye’
Body parts examined in the post mortem: Cranium, thorax, abdomen