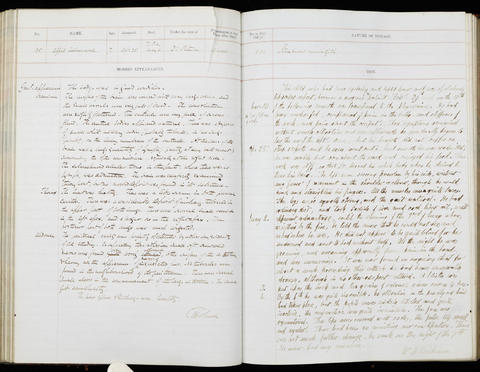 Occupation or role: [Occupation not stated]
Age: 7
Gender: Male
Date of admission: 25 Apr 1860
Date of death: 6 May 1860
Disease (transcribed): Strumous meningitis
Disease (standardised): Meningitis (Brain); Tuberculosis
Admitted under the care of: Pitman, Henry
Medical examination performed by: Dickinson, William Howship
Post mortem examination performed by: Holmes, Timothy
Medical notes: 'This child, who had long eyelashes and light hair and was of obviously tubercular aspect, became a surgeon’s patient for stiffness of neck Feb 29th, and on the 10th of the following month was transferred to the physicians. He had been under-fed, complained of pain in the belly, and stiffness of the neck, and pains about the occiput’
Body parts examined in the post mortem: Cranium, thorax, abdomen