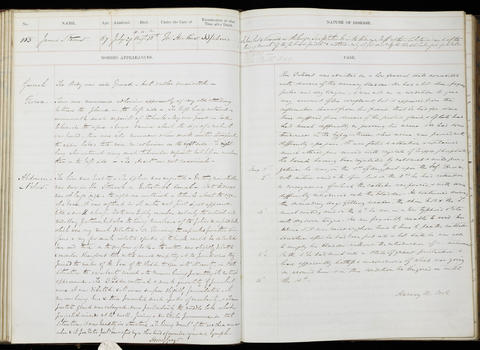 Occupation or role: [Occupation not stated]
Age: 67
Gender: Male
Date of admission: 29 Jul 1849
Date of death: 16 Aug 1849
Disease (transcribed): Tubercles & vomicae in the lungs. Scrofulous tubercles in the kidneys. Inflammation of their substance and of the lining membrane of the pelvis infundibulum & ureters. Only slight vascularity of the bladder. Enlarged prostate
Disease (standardised): Tuberculosis (Lungs); Abscess (Lungs); Tuberculosis (Kidneys); Inflammation (Kidneys); Enlargement (Prostate)
Admitted under the care of: Hawkins, Caesar Henry
Medical examination performed by: Holl, Harvey Buchanan
Post mortem examination performed by: Gray, Henry
Medical notes: 'This patient was admitted in a low feverish state connected with disease of the urinary bladder. He had a hot skin, frequent pulse and dry tongue; & was not in a condition to give any account of his complaint, but it appeared from the information learnt from his friends that he had for some time suffered from disease of the prostate glands, & of late had had much difficulty in passing his urine’
Body parts examined in the post mortem: Thorax, abdomen, pelvis