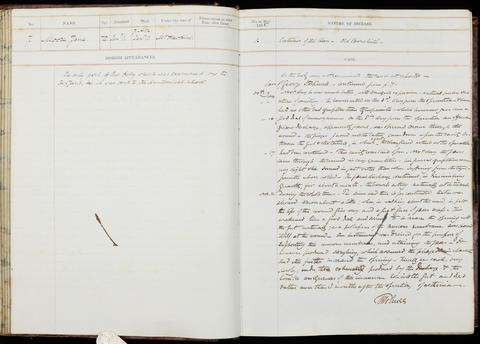 Occupation or role: [No occupation stated]
Age: 72
Gender: Female
Date of admission: 1 Jan 1855
Date of death: 11 Jan 1855
Disease (transcribed): Contusion of the veins. Old Bronchitis.
Disease (standardised): Contusion (Veins); Bronchitis (Lung)
Admitted under the care of: Hawkins, Caesar Henry
Medical examination performed by: n/a
Post mortem examination performed by: n/a
Medical notes: As the body was not examined the case is not reported.
Body parts examined in the post mortem: The only part of this body which was examined was the hip joint, as it was sent to the anatomical school
Type of incident: n/a