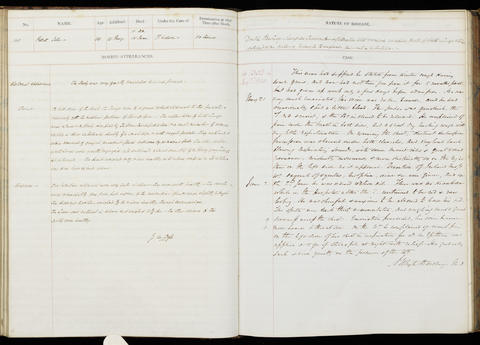 Admitted under the care of: Wilson, James Arthur
Medical examination performed by: Barclay, Andrew Whyte
Post mortem examination performed by: Ogle, John William
Medical notes: 'This man had suffered, he stated, from winter cough during some years, and now had not been free from it for 5 months past, but had given up work only a few days before admission. He was very much emaciated, his voice was rather hoarse, and he had occasionally spit a little blood’
Body parts examined in the post mortem: Thorax, abdomen