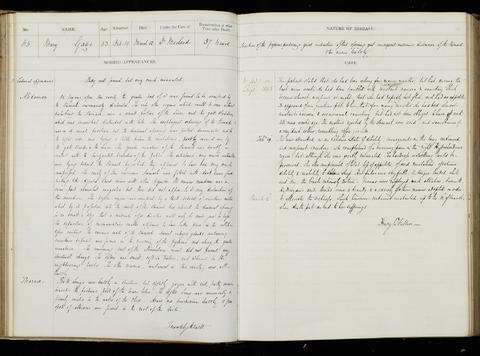 Admitted under the care of: Macleod, Roderick
Medical examination performed by: Hewett, Prescott Gardner
Post mortem examination performed by: Fuller, Henry William
Medical notes: 'This patient stated that she had been ailing for many months, but that during the last nine weeks, she had been troubled with constant nausea & vomiting which became almost incessant at night; that she had rapidly lost flesh, and had no appetite’
Body parts examined in the post mortem: Abdomen, thorax