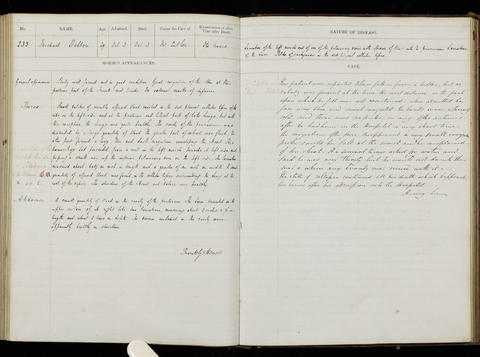 Admitted under the care of: Cutler, Edward
Medical examination performed by: Hewett, Prescott Gardner
Post mortem examination performed by: Lee, Henry
Medical notes: 'This patient was reported to have fallen from a ladder, but as nobody was present at the time the exact distance or the part upon which he fell was not ascertained. When admitted his face was blue and much congested’
Body parts examined in the post mortem: Thorax, abdomen

Preparation of the lacerated auricle, see catalogue of the museum E.22 (X.2a.2)