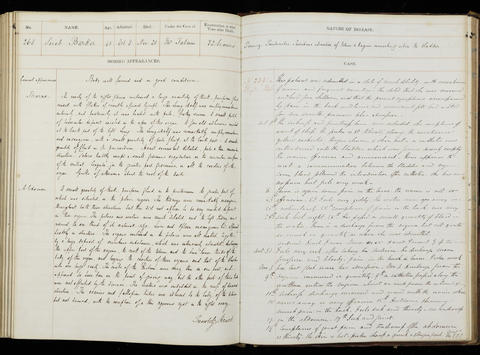 Admitted under the care of: Tatum, Thomas
Medical examination performed by: Hewett, Prescott Gardner
Post mortem examination performed by: Lee, Henry
Medical notes: 'This patient was admitted in a state of much debility, with incontinence of urine and frequent vomiting. She stated that she was married and had five children and that the present symptoms accompanied by pain in the back and loins and occasional fits had existed for two months previous to her admission’
Body parts examined in the post mortem: Thorax, abdomen