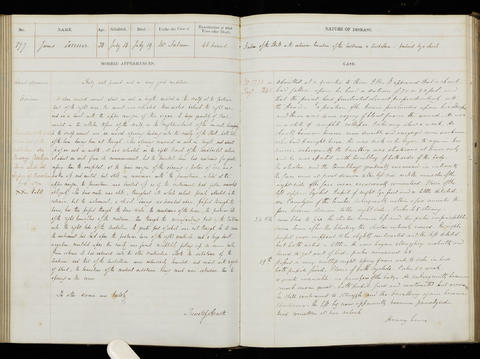 Admitted under the care of: Tatum, Thomas
Medical examination performed by: Hewett, Prescott Gardner
Post mortem examination performed by: Lee, Henry
Medical notes: 'Admitted at a quarter to three PM. It appeared that a chisel had fallen upon his head a distance of 70 or 80 feet, and that the point had penetrated almost perpendicularly into the brain. A portion of the brain protruded upon his admission, and there was some oozing of blood from the wound. He was in a state of complete collapse’
Body parts examined in the post mortem: Cranium