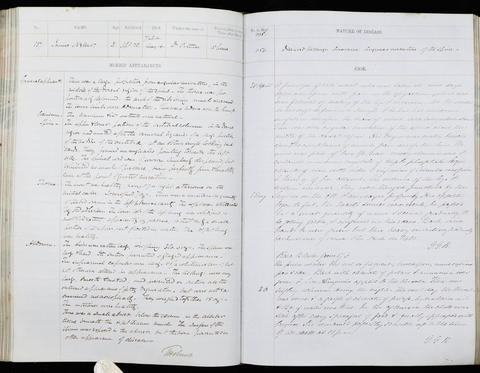 Occupation or role: Purveyor of cats’ meat
Age: 31
Gender: Male
Date of admission: 28 Apr 1858
Date of death: 14 May 1858
Disease (transcribed): Diseased kidneys. Anasarca. Angular curvature of the spine
Disease (standardised): Disease (Kidneys); Edema (Systemic); Scoliosis (Spine)
Admitted under the care of: Pitman, Henry
Medical examination performed by: Holmes, Timothy
Post mortem examination performed by: Rogers, George Goddard
Medical notes: 'A purveyor of cats’ meat who was taken ill nine days before admission with pain in the epigastrium, which was soon followed by swelling of the legs & abdomen. All the winter he had suffered from cold & cough, & he had had numerous scrofulous abscesses, the scars of which were everywhere seen. There was also angular curvature of the spine about the middle of the dorsal region’
Body parts examined in the post mortem: Cranium, spine, thorax, abdomen