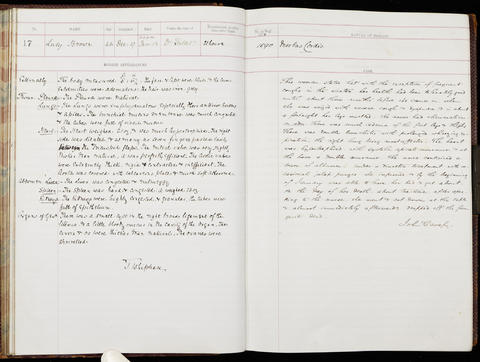 Admitted under the care of: Fuller, Henry William
Medical examination performed by: Cavafy, John
Post mortem examination performed by: Whipham, Thomas Tillyer
Medical notes: 'This woman stated that with the exception of frequent coughs in the winter, her health had been tolerably good until about three months before she came in, when she was seized with severe cough & dyspnoea, & in about a fortnight her legs swelled. She never had rheumatism’
Post mortem notes: Body parts examined in the post mortem: Thorax, abdomen, organs of generation